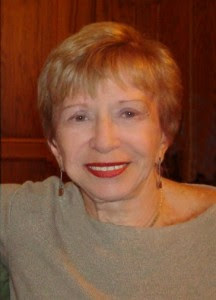 Second Wave Feminism began in the early 1960s at about the same time as the Equal Pay Act and Title VII of the Civil Rights Act of 1964 became effective.When Title VII (prohibiting employers, employment agencies, and labor unions from discriminating against employees and applicants for employment on the basis of race, color, religion, sex, and national origin) was enacted, the Equal Employment Opportunity Commission (EEOC) was established to enforce it. Unfortunately, at the outset, the EEOC was not friendly to women's rights. Sonia Pressman Fuentes, a Jewish woman whose parents escaped Nazi Germany with her, was the first female lawyer at the Office of the General Counsel at the EEOC. When Betty Friedan, the author of The Feminine Mystique, began poking around the EEOC for information on women's advancement, Fuentes told her about the EEOC's inaction and urged her to create an "NAACP for women." Friedan heeded her advice in 1966, when she and 48 others, including Fuentes, established the National Organization for Women (NOW). Fuentes was extremely active during its early years, working with NOW to influence EEOC rulings. Star of Davida had the absolute honor of interviewing this amazing woman.


You say in your book Eat First - You Don't Know What They'll Give You: The Adventures of an Immigrant Family and Their Feminist Daughter that you got very involved in testifying on behalf of the 1963 Equal Pay Act. Do you know why this issue caught your attention rather than anything else (racial discrimination, etc.) you had done in the EEOC?
I wasn’t working at the EEOC when I was asked by Larry Speiser, head of the ACLU’s Washington, DC, office, to write testimony in support of the Equal Pay bill. I was working for the NLRB (National Labor Relations Board) as an attorney at its headquarters in Washington, DC, and, shortly before Larry asked me to do this, I had volunteered to be of assistance to the ACLU’s Washington office. I would guess Larry asked me to do this because I was a woman but I don’t really know. I never asked him.

Do you know why Charlie Duncan hired you for the EEOC’s general counsel’s office even though you were female? Was your gender a factor at all?
What do you mean “even though” I was a woman? I think he may have hired me because I was a woman because Title VII of the Civil Rights Act of 1964, which the EEOC administered and administers, prohibits gender discrimination in employment. But I don’t know why he hired me; I never asked him. Keep in mind that I had been referred to him by his former pupil at the Howard Law School, my friend, Jacqueline Williams.

When you say that “society exacted a high price from deviants [women who didn’t adhere to the status quo],” what was this high price?
Society had certain roles it expected men and women to play and when women or men didn’t conform to those roles, members of society put pressure on them to conform to society’s expectations and, if they did not, it treated them as if they were eccentrics or freaks. An example of this is given in my memoir. When I decided to go to law school in 1954, about 3% of this country’s law school graduates were women. Law was not a profession society thought was suitable for women. Thus, when I mentioned to people that I planned to attend law school, the common response was to ask me why I would choose to do such a thing. I describe the incident where my mother took me up to a stranger in a shopping mall and asked this man if he thought “this little girl” could be a lawyer.

Did you ever feel overwhelmed at the idea of trying to eradicate sex discrimination in a world that was so unfriendly to women’s rights?
Yes, but that didn’t prevent me from continuing with the struggle.

You ask a rhetorical question, “Why was I engaged in this battle [for women’s rights] against men who had power when I had none?” Do you know the answer to this in hindsight?
I’m someone who feels compelled to do something about it when I encounter injustice.

It’s extremely cool that you such an integral part of the creation of NOW. At the time, did you have a clue how much influence you would have on history?
No.

You wrote the lead decision against the airline companies’ discriminatory policies towards stewardesses - how did you get so involved in this cause? What else did you do regarding the stewardesses?
I became emotionally involved in the stewardess cases because as a woman I felt for the stewardesses and was drawn to the justice of their cause. Airlines terminated or grounded stewardesses on marriage or on becoming thirty-two or thirty-five and they had various qualifications for them, such as their height and weight. The lawyer representing the airlines was named Jesse Freidin and he was a terrific lawyer. I felt very competitive with him. But, sadly, he died before I wrote the lead decision.

I became friendly with a woman named Colleen Boland, who represented the stewardess union, and was a cofounder of NOW with me. In 1986, when Catherine East, Mary Eastwood, and I planned a 20th reunion for NOW founders in Washington, DC, I tried very hard to locate Colleen but was unsuccessful. In 1996, the Veteran Feminists of America (VFA) planned a program at Barnard College in NYC to honor NOW founders. I tried again to locate Colleen before this conference, and this time I was successful, but I was too late. I connected with Colleen’s daughter who told me her mother had lived in Cleveland (where I had lived from the beginning of 1982 to the end of 1985) but had died three months earlier. I gave a talk about Colleen at that conference, which is on videotape and is available from the VFA.
Posted by Talia bat Pessi at 7:08 PM