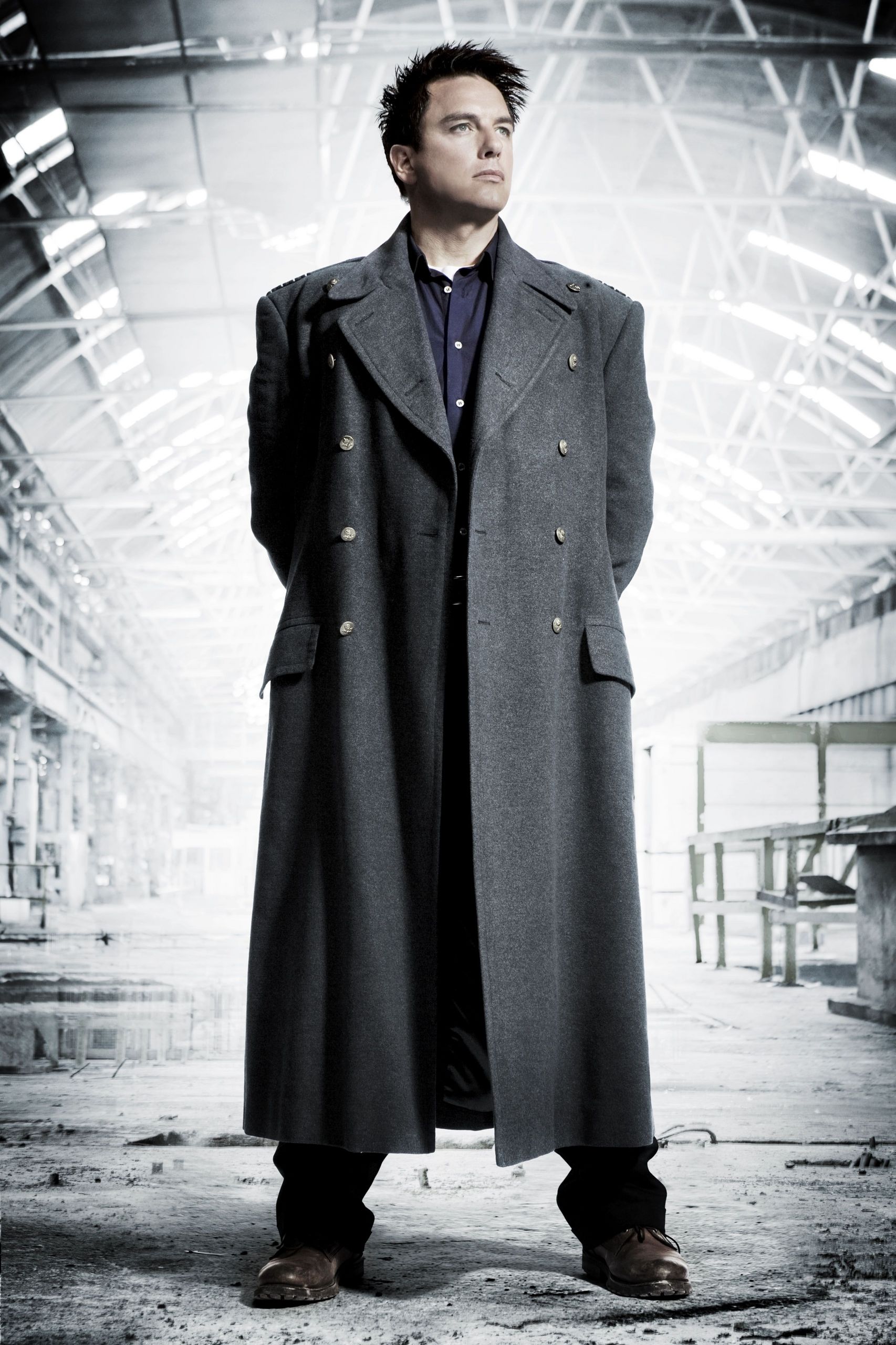 I’m a Whovian, which means that I’m a member of the Doctor Who fandom. Doctor Who, the smash BBC hit that was named the longest-running science fiction television show by Guinness World Records, was revived in 2005 after over a decade of hiatus. Throughout the classic show and modern revival, the Doctor travels in his TARDIS spaceship through time and space with companions, saving small cities as well as the entire universe from disaster. Many feminist Whovians have analyzed the Doctor and his companions’ representations of gender, race, and sexuality; in this series, I give some of my own interpretations.

Captain Jack Harness, portrayed by John Barrowman, is an immortal time traveler from the 51st century. He joins the Doctor early in the modern series, making sporadic appearances in Series 1, 3, and 4.

From the first episode he is featured, Jack is unabashedly queer, flirting with humans and aliens of any and all genders and sexualities. He even shares a kiss with both the Doctor and Rose in the Series 1 finale “The Parting of the Ways.” Considering the episode’s airdate of 2005, the inclusion of such a controversial scene was risky, particularly for a show whose future was uncertain in the first place.

Doctor Who writer Russell T. Davies is largely the pioneer behind Jack’s innovative representation of queerness. Davies has been praised for writing Jack’s sexual orientation into the series in such a casual way, as if it was not groundbreaking for a non-heterosexual character to be portrayed as a good guy or for two men to share an on-screen kiss. At one point in the show, the Doctor implies that pansexuality is characteristic of everyone from 51st century. Through this vision of the future as a queer utopia and his more throwaway attitude towards Jack’s sexuality, Davies normalizes non-heterosexuality and makes it unremarkable, rather than something that has to be celebrated or condemned.

Certainly, Jack’s sexuality has garnered criticism, leading some fans to claim that Davies wrote Jack as part of a so-called gay agenda. Interestingly, other critics take the opposite tack, complaining that Jack, and Doctor Who in general, is not sufficiently gay. Davies is dismissive of all of these critics; in the book Triumph of a Time Lord, academic Matt Hills quotes him as saying that “to get hung up on it [Jack’s sexuality] is almost too sad for words.”

Despite – or perhaps because of – his sexuality, fans are extremely positive about Jack. Academics and Doctor Who aficionados like Matt Hills, Shoshana Magnet and Robert Smith?, and Tom Spilsbury have praised Jack for portraying a positive queer role model that counters homophobic prejudices in addition to challenging allies’ preconceived notions of what queerness is.

Jack is probably my favorite guy companion of the Doctor’s. His constant flirtations often provide comic relief, and I feel that the plots he’s involved in are extremely well-written and intelligently crafted. (I mean, Face of Boe? I did not see that coming. That was awesome.) I appreciate that nobody ever questions whether Jack is really pansexual (“are you sure you’re not just gay?” “wait, so are you gay or straight?”), and that nobody ever discriminates against him or treats him differently because of his sexuality. I also like that he’s shown as masculine, since it contests perceptions of queer men as effeminate.

I don’t think it’s possible to question the feminist merits of Captain Jack. Since he is a time traveler from three thousand years in the future, he allows viewers to imagine a world where sexuality is mundane and homophobia is nonexistent. His positive portrayal of queerness on a television show in the first decade of the 21st century, he had a practical impact on viewers’ perceptions of alternative sexualities. Basically, I think Jack is made of awesome, and I don’t understand people who feel otherwise.